2011: Hurricane Irene caused severe flooding in Collins Park and deposited a lot of sediment into the lake.  The sediment caused the turbidity, or cloudiness, of the lake to be too high.  As a result public lake swimming was closed due to safety concerns.  Boating and fishing remains open.  The park and Village continue to attempted to reduce the cloudiness.

Spring 2016: The Scotia-Glenville Lions first discussed the idea of building a Splash Pad after the family of one member went to a similar Splash Pad in a nearly town.  The Lions had been talking about a new Legacy Project with lasting impact in the community.

Summer 2016: Fundraising begins at the Cruisin on the Ave Car Show.  The first major fundraiser was a Car Raffle.  Donations was also accepted and donors received personalized bricks.

Late 2016: The rendition below was made in late 2016 when fundraising was far enough along to believe the project would be successful. 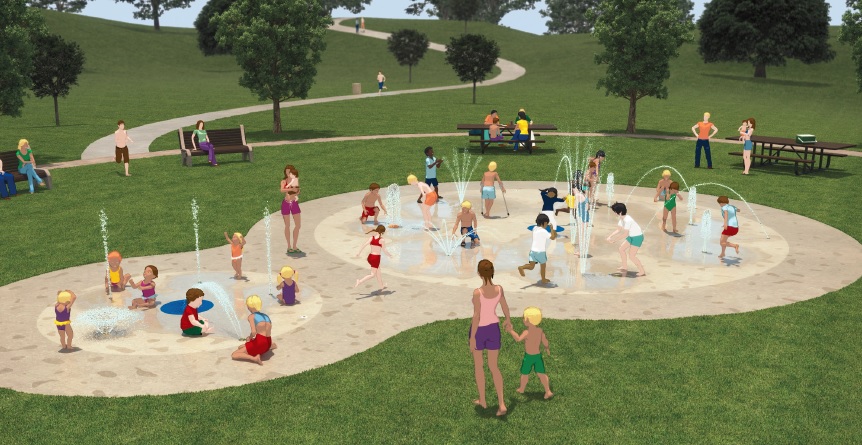 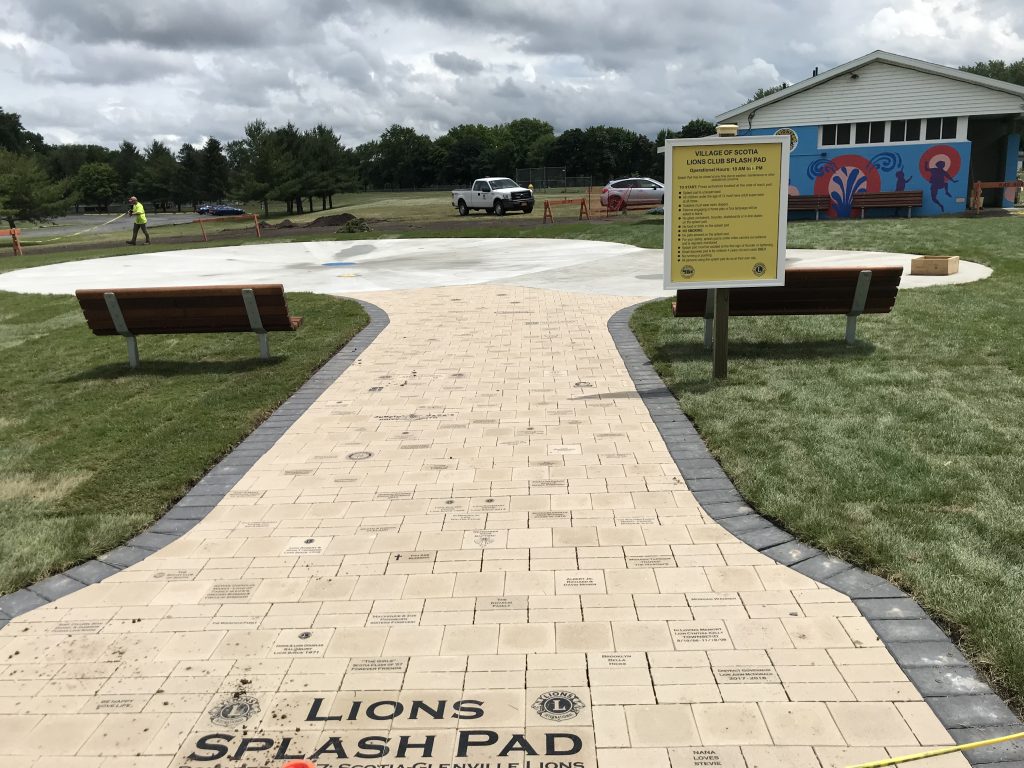 Below are a few articles about the Lions Splash Pad: